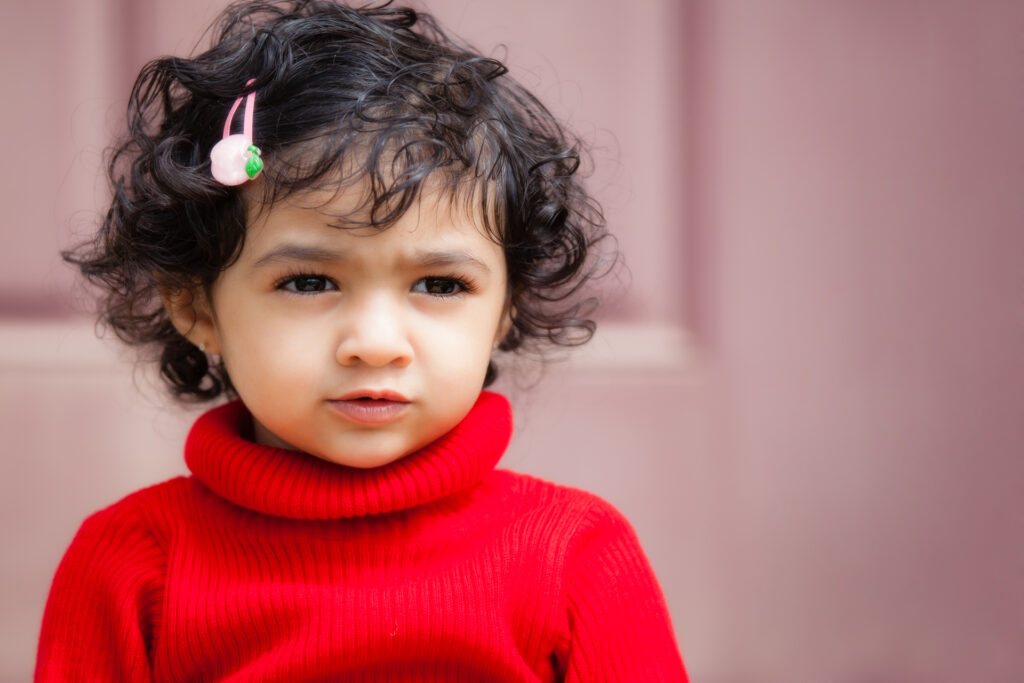 The visible portion of both primary (“baby”) and permanent teeth is composed of several layers. The outermost layer is known as dental enamel, and it is the hardest substance in the human body. Enamel protects the sensitive, nerve-filled centers of our teeth against hard chewing and biting forces.

For a variety of reasons, the development of a child’s dental enamel can be disrupted, leading to enamel defects in the child’s baby and/or permanent teeth. While certain types of developmental enamel defects may cause only cosmetic concerns, others can lead to tooth sensitivity or increased risk of cavities in children.

When Is Dental Enamel Formed in Kids?

The process of dental enamel formation in kids is highly complex and consists of several stages. Formation of the dental enamel on a child’s primary teeth begins in utero and continues into infancy. Enamel formation on a child’s permanent teeth begins during infancy and continues until somewhere around age 7 or 8 (with the exception of the enamel on the wisdom teeth, which forms later).

The enamel is produced by special cells called ameloblasts. By the time a tooth erupts from the gums, the ameloblasts responsible for producing that tooth’s enamel will have died. This means that, when the enamel formation process ends, it ends for good. Unlike bones, which can heal after a break, dental enamel cannot regenerate. If you have ever wondered why the damage caused by a cavity is permanent and requires a dental filling, now you know.

Developmental enamel defects in kids are caused by disruptions or damage to ameloblasts during enamel formation. A wide variety of both hereditary and environmental factors are believed to be capable of causing such disruptions and damage.

Enamel defects in children typically take one of three forms described below. Researchers believe that the form taken depends on the stage of enamel formation during which the causative factor occurred.

Enamel Hypoplasia. Enamel hypoplasia is an enamel defect characterized by a reduced quantity of dental enamel. Depending on the cause, it may present itself as pits or grooves in the surface of a child’s tooth or as generalized thin or missing enamel.

Enamel Hypomaturation. Also referred to as enamel opacities, hypomaturation is characterized by white, yellow or brown areas on a child’s teeth. It is believed to be the result of reduced mineralization in the final stage of the mineralization process.

Types of Developmental Enamel Defects: Classification by Cause

Certain terms used to describe enamel defects refer to the cause of the defect, rather than the symptoms produced.

The terms amelogenesis imperfecta, fluorosis and Turner’s tooth all refer to enamel defects that are associated with specific causes:

Amelogenesis Imperfecta. Amelogenesis imperfecta refers to a range of genetic disorders that affect dental enamel formation but do not present other symptoms. These disorders affect both primary teeth and permanent teeth, and can result in hypoplastic, hypocalcified and/or hypomatured enamel.

Fluorosis. Ingestion of large amounts of fluoride at any point during the first 6 to 8 years of life may lead to fluorosis. Depending on the severity, fluorosis can present itself as anything from barely-noticeable white spots on a child’s teeth to heavily pitted, discolored teeth.

Turner’s Tooth. Inflammation of a child’s primary tooth can lead to enamel defects in the developing replacement permanent tooth. When this happens, the defective permanent tooth is referred to as a “Turner’s tooth.” The damaging inflammation is typically a result of either trauma to the primary tooth or infection of the tooth due to untreated cavities.

How Do You Know If Your Child Has Dental Enamel Defects?

A pediatric dentist can diagnose developmental enamel defects during your child’s dental exam. Because certain enamel defects increase the risk of cavities in kids, your child’s pediatric dentist may suggest more frequent dental exams to monitor the affected teeth and/or preventative treatments such as fluoride varnish or dental sealants to help protect against decay. In severe cases, white fillings or dental crowns may be recommended to protect the affected teeth.

Board-Certified Pediatric Dentist in Dallas/Fort Worth

Hurst Pediatric Dentistry’s Dr. Lin is a board-certified pediatric dentist who is experienced at diagnosing and treating enamel defects in children’s teeth. Call our office today at (817) 510-6400 to request a dental exam for your child.

This article is intended to provide general information about oral health topics. It should not be used to diagnose or treat any medical condition or as a substitute for the advice of a healthcare professional who is fully aware of and familiar with the specifics of your case. Always seek the advice of your dentist or other qualified healthcare provider with regard to any questions you may have relating to a medical condition or treatment.