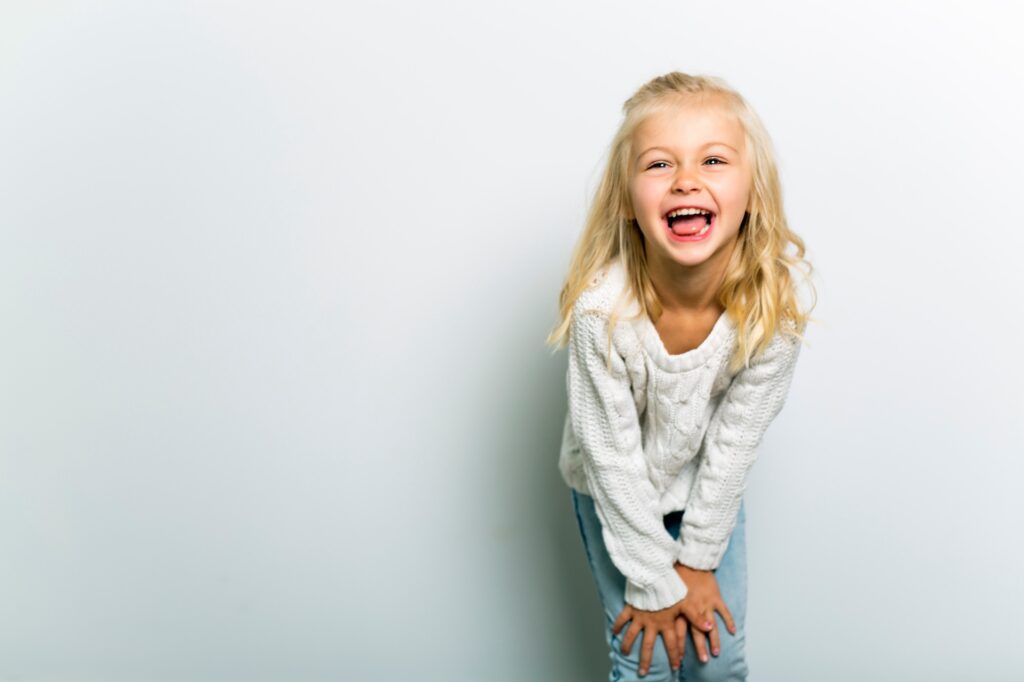 Have you noticed a yellowish or brownish substance forming along your child’s gumline? Have you tried brushing it off, but no matter how diligently you clean, it just won’t go away? If so, your child may have tartar buildup.

When dental plaque is not removed from your teeth on a regular basis, it calcifies – that is, minerals from your saliva combine with the plaque to form a hard, almost cement-like substance known as tartar (or dental calculus). Tartar is yellow or brown in color, rough and crusty in texture, and can form both above the gumline (supragingival calculus) or below it (subgingival calculus). It bonds strongly to children’s teeth and cannot be removed with a toothbrush.

How to Remove Tartar from Children’s Teeth

A pediatric dentist can remove tartar from your child’s teeth using a procedure known as scaling. During a scaling, the dentist will use a sharp tool (called a scaler) to carefully scrape tartar off the teeth, including any tartar that has formed below the gumline. If the tartar buildup is extensive, a special electronic scaler may be used.

Is Tartar Removal Painful for Children?

Generally speaking, no. Many children with tartar have only a small amount of tartar build-up, making the scaling treatment a relatively quick process that is well-tolerated by most children.

Is It Safe to Try to Remove Tartar from My Child’s Teeth at Home?

While we understand the appeal of a do-it-yourself approach, tartar removal requires specialized training and should not be attempted at home.

Dental scaling tools – sometimes referred to as “plaque scrapers” – are widely available, but they are extremely sharp and can easily injure a child’s delicate gums if used improperly. Additionally, parents attempting to scrape supragingival calculus from their child’s teeth may accidentally push that tartar down below the gumline. Dentists are trained in proper scaling techniques and know how to safely and thoroughly remove tartar, both above and below the gumlines, without causing gum injury.

Of course, there are plenty of at-home tartar remedies that do not involve non-dentists scraping inside their children’s mouths with sharp instruments, but even non-invasive remedies for tartar removal may be problematic. While it may seem like the worst that could happen is the home remedy not actually remove tartar, that isn’t necessarily true. For example, one popular at-home remedy suggestion involves having your child swish diluted vinegar around his or her teeth. Research suggests that vinegar may indeed help break up tartar due to its decalcifying properties (that is, its ability to attract calcium ions out of tartar and into itself). However, those decalcifying properties also make vinegar harmful to your child’s teeth. When teeth lose calcium and other minerals, they can begin to decay. If you are exposing your child’s teeth to vinegar at a high enough concentration and for a long enough period to soften tartar deposits, you may be damaging your child’s teeth and increasing your child’s risk of getting cavities.

Some things truly are best left to professionals. Removing tartar from your child’s teeth is one of them. Just like you wouldn’t try to treat your child’s cavity at home, you should not attempt tartar removal yourself. You can, however, take simple actions at home to help prevent tartar from forming in the first place!

How to Prevent Tartar Buildup on Kids’ Teeth

Dental Cleanings for Kids in Dallas/Fort Worth

Call us today at (817) 510-6400 to book your child’s next dental cleaning, or request an appointment online. Hurst Pediatric Dentistry is located in Hurst, TX. We provide dental cleanings, scaling, and other preventative and restorative dental treatments for kids from Hurst, Euless, Bedford, North Richland Hills, Keller, Watauga, Colleyville, Arlington, Irving, Fort Worth and the surrounding area.